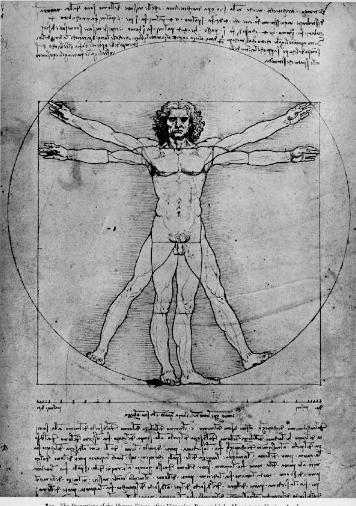 Welcome one and all to Chris Ferguson's Psychology Home page.  It is presumable that most of you visiting this page have made the fortuitous choice of enrolling for one of my classes.  Good for you.  This web page will be something of a tool for you, to provide you with useful information....so take advantage of it!

How Madness Shaped History.  This books is pretty much what it says on the cover. Concerned with psychology and how "madness" often changed the course of history.  Currently available for preorder at Amazon or Barnes and Noble.

Suicide Kings.  My first novel was published in 2014.  Please see the linked website for updateds, details and ordering or order at Amazon or Barnes and Noble.

Moral Combat: Why the War on Violent Video Games is Wrong. What to learn about the science and politics of the video game debates and have some fun doing it?  This is the book for that!  Coauthored with Patrick Markey.  Find this on Barnes and Noble and Amazon.

First and foremost, here's how to get in touch with me, should you need to:

Should I ever need to cancel class suddenly on account of illness, I will attempt to post that information here between my death throes. 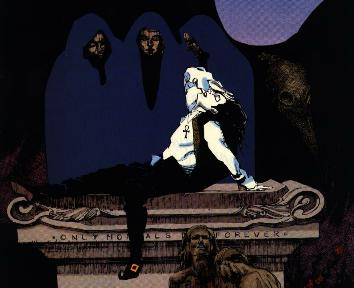 Here are a few useful Links to some interesting stuff.  Find out something about yourself (but don't take it too seriously), or just visit some useful sights:

My testimony before Betsy Devos' School Safety Commission on entertainment violence in 2018.  TL/DR: This issue is a waste of time if they're serious about reducing school violence.

American Psychological Association's Media Psychology and Technology Division (Division 46) Policy Statement on "Gaming Disorder" and the World Health Organization: This statement opposes the WHO's "gaming disorder" diagnosis on the grounds it is not supported by research.  Co-signed by the Irish Psychological Society special interest group on Media, the Arts and Cyberpsychology.

Scholars' Statement to the American Psychological Association Task Force on Violent Media: This statement, signed by 230 media scholars, psychologists and criminologists cautions the APA against releasing or maintaining policy statements conclusively linking violent media to aggression.  We express the concern that such statements tend to be more ideological and political rather than data-based and have historically been error prone.  We express the concern that such statements damage the credibility of our field and distract society from more pressing issues such as poverty and mental health care reform.

Brown V EMA: The US Supreme Court decision striking down California's anti-video game law, and criticising the research used to support the law as "unpersuasive".

Spoof of media effects research that is stunningly dead on.  The majority decision in the Supreme Court case noted much the same issues (if less comically) particularly when discussing measures of "aggressive cognition".

CBS Face the Nation: Also on video game violence.  Note at the end Tim Winter, not winning on facts, takes an untrue ad-hominem shot at me I was not given a chance to respond to.  For the record, I have no financial or personal ties with the entertainment or video game industry.

Essay on TIME.com about video game violence and youth violence.

Video Games On Trial: NPR, KQED debate with me and Dr. Doug Gentile on video game violence and the Supreme Court

Video Game and School Shootings: An Interview I gave on Future Tense.

Video Games: The Latest Scapegoat for Violence   This is an essay I wrote based on my work on video game violence research which was published in the Chronicle of Higher Education.  Naturally, if you use this material, please cite it.

Almost a Mass Murderer: Blog post by a very curageous man willing to talk about how we had considered homicidal violence as a teen and what stopped him.  Very insightful.

The Birthday Massacre: Newer band I've been getting into lately.

Keirsey Personality Test  An Extremely insightful personality tests based upon the Myer's Briggs Type Indicator.  Tells you something about your personality style.  Make sure to click on your four-letter personality type to find out what it means.

KingdomalityThis test tells you what sort of Medieval occupation....peasant, black knight, king, executioner, etc....your personality would have been best suited for.   Sounds silly, but actually has some rather insightful things to say.  By the way, I came out as a BENEVOLENT RULER....lucky for you all.

Chronicle of Higher Education: For those of you considering a career in academia, this is a useful site.  Some content is subscriber only, but much of it is free.

1.)  What can a psychology degree do for me?
Unless you make the effort to do something with it, not much.  A psychology degree is such a thing that you can use it to go on to a wondrous career in criminal justice, advertising, human services, etc., or you can just wind up managing a 7-11.  It is what you make of it.  It is not nearly so mindlessly useless as a degree in some areas, but neither does it have the clear cut career potential of, say engineering, or nude beekeeping.  Unfortunately, Bachelor's level jobs in Psychology tend to be low paying and demanding with high staff turnovers.  Many people feel that in order to obtain a rewarding career in psychology, a graduate degree is necessary.

2.)  Is a degree in social work more useful than psychology?
Not really, but it depends on what you want to do.  IF it is your goal to work in a needlessly beurocratic social services agency, than a social work degree will be MARGINALLY more marketable.  A Master's degree in psychology will allow you to apply for research and teaching jobs that social workers are not eligible for.  It is true that a MSW can make some good money if he or she goes on to get a liscense...but that takes a year or two and can be a pain in the caboose...although some people love it and love their work.  In my experience, however, at this point there are zillions of social workers out there.  If you earn a Master's in either psychology or social work, you can aspire to earn a salary in the low 30's.  An LCSW can expect something in the 40's, whereas a Ph.D. in Psychology can expect 50's to 100's (in academia) or however much they can weasel out of their patients in private practice.  Ph.D. psychologists are the only people allowed to do psychological testing too....not social workers or even psychiatrists.  If you are interested in careers in these areas I would encourage you to get input from people in each of these fields (social work and psychiatry).  Don't just take my curmudgeonly option...

3.)  What about psychiatrists?
What about them?  They are generally trained to dispense drugs for psychiatric symptoms.  Sometimes useful...sometimes not.  Remember if you go to a psychiatrist for any problems, you are very likely to be handed some pills.  You may wish to consult a psychologist or social worker as well, especially if you problems are brought on by life-stress.  Psychiatrists go to Med School and get an MD.  It is possible to become a psychiatrist without EVER having taken a psychology course.

4.)  Is it tough to get into graduate school in psychology?
Yes and no.  The major clinical psychology Ph.D. programs are very difficult to get into, as they accept only a few applicants out of a pool of hundreds.  Professional degree programs that offer the Psy.D. take in greater amounts of students, thusly making admission easier.  You will still get a quality degree with APA accreditation (VERY IMPORTANT) although these schools can be expensive, and you will find it difficult to enter academia with your degree, as Ph.D.s tend to be in greater demand in academia at least.  Research Ph.D. programs are also a bit easier to get into, because they have fewer applicants, however you will not be able to enter clinical work with these degrees.  To realistically expect to get into an APA Accredited clinical Ph.D. program,  you will likely need a GPA of at least 3.5 and a 1100 GRE (I'm too lazy to convert these scores into the new system, but converstion tools exist online), as well as references, professional experience and a research publication or two.  Master's degree programs are generally MUCH easier to get into and may be a stepping stone to a Ph.D.

5.)  Is it a good idea for me to be offering therapy to my friends?
That depends.  Just because you are taking psychology does not make you a therapist, and you should never present yourself as such.  If your friend is having a little trouble with their boyfriend or girlfriend, the extra insight you can present may be useful.  If they are thinking of setting themselves on fire, it is time to call the professionals.  If someone threatens to harm themselves or someone else, always Call 911.